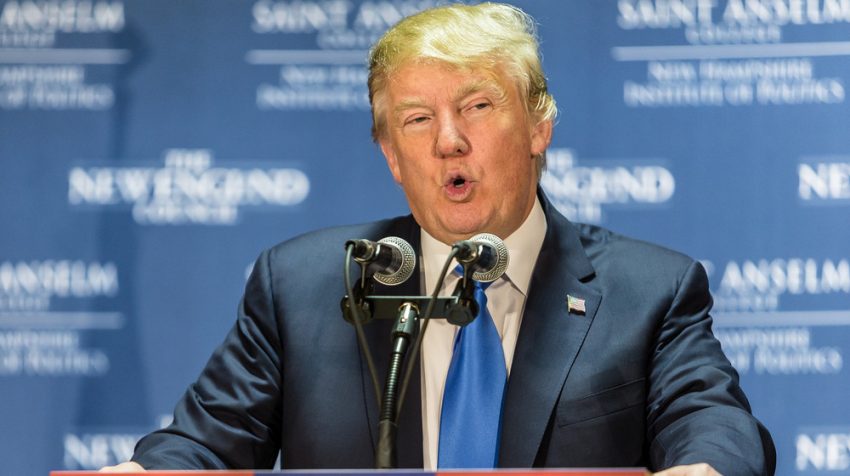 Gold’s recent rally took it above its 100-day moving average and to three month highs  of $1,244.67 an ounce as a so-called “honeymoon” between Trump and investors come to an end. Despite increasing gold prices based on safehaven demand, physical demand remains relatively low, says at least one expert. The banning of the 500,000 rupee notes in India have increased jewelry demand by 15-20%, according to an industry expert on Bloomberg. Loose and uncertain monetary policy in China, has also led to increased gold demand.

As the gold price has increased, U.S. Treasury yields fell to their lowest levels in more than a month amid the flight to safehaven assets amid not only uncertainty surrounding Trump trade policies, but also political turmoil in Europe.

Dollar strength, Asia holidays and Trump previously had weighed down the gold price, which has settled below the $1,200 level after reaching quarterly highs last week. Experts cite a strengthening US dollar and a thin trading market due to the Chinese New Year, and other Asian holidays, which make markets easier to influence.

Mr. Trump’s isolationist talk on trade has also made markets wary but proved good for the dollar. Donald Trump told a crowd in Philadelphia Thursday that he would undo US’s regional trade deals and re-negotiate them. Nations, he claimed, would have 30 days to comply with his offers or he would place tariffs on trade.

News broke later that day the Administration would consider a 20% tax on goods from Mexico if the nation did not agree to pay for the building of a wall on the US’s southern border. Mexico’s president, Enrique Peña Nieto, canceled a meeting with the White House for today after President Trump made the suggestion via social media.

Gov. Graco Ramirez, the president of Mexico’s national conference of governors, told a Mexican newspaper that Trump had declared “war” on Mexico.

“With Trump, dialogue is exhausted,” Ramirez told El Universal. “It doesn’t make sense to sit down with him. He doesn’t change his attitude or his position.” Some wonder if President Trump’s Mexico policy could push the U.S.’s southern neighbor towards China.

Amid the rhetoric, gold prices have increased to the highest levels in two months, and the dollar has  begun to decline against other major currencies. Last week gold increased 0.7 percent to $1,217.81 per ounce. It previously touched $1,219.43, its most since November 22. The gold price currently sits at

“There’s underlying demand for gold as a hedge against political uncertainties on both sides of the Atlantic,” according to Ole Hanson, head of commodity strategy at Saxo Bank.

Are you interested in buying precious metals? Then don’t miss the Compare Silver Prices comparison tool, where you can know in real time where the best priced precious metals online are to be found.

The Experts Who Believe One Bitcoin Could Be Worth $1,000,000
Germany Repatriates Half of its Gold Ahead of Schedule