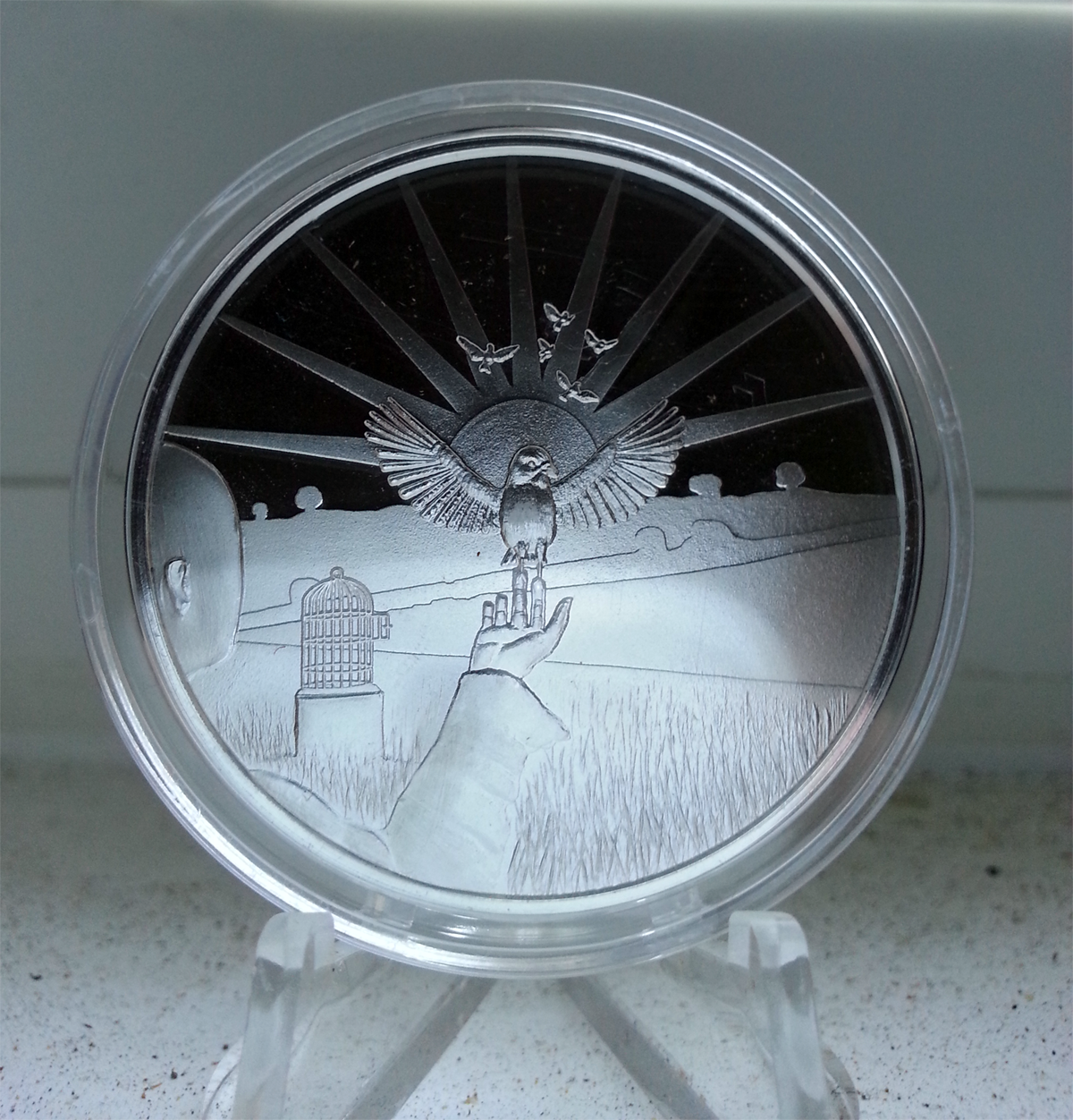 The physical bitcoin is attracting increased interest in light of the success of Mike Caldwell’s Casacius coin. And why not? It’s an interesting way of storing a private key, and the holograms are distinctly cool. Not to mention the potential to be THE cover photograph anytime an article is written or a segment is aired on the virtual currency.

So appears Dustin Freeman and Recalescence Coins. The flagship coin is the Silver Sparrow and it is denominated in millibitcoins, carrying 1000 mBTC (aka 1 bitcoin). It’s a nice looking silver round, with a very high-quality, zen scene of an enlightened young fellow setting free his caged sparrow whose spread wings are emblazoned on a jagged sun.

After much debate over the steep price — currently 1.67 BTC — I caved and made the purchase. Dustin was very communicative, and I had the round 3 days later. Overall I have been very impressed with the round, and feel that in some ways it is a superior product than the Casacius coin:

1. Private key is in standard format, and can be imported into Bitcoin-QT (Casacius is minified private key and cannot)
2. Coin is overall a much more appealing design, and frankly up there with the SBSS Freedom Girl in terms of quality
3. They are almost $100 cheaper than the Casacius coin at this time
4. Readily available direct

So that’s all fine and interesting, and if you can afford one I’d say it’s probably in your best interest. However, what in the world is recalescence? I honestly had not heard the word before, so for those of you that are interested:

noun. “a brightening exhibited by cooling iron as latent heat of transformation is liberated.”

Perhaps Dustin is insinuating that bitcoin is lighting a fire, changing the status quo, and liberating us from $35 wire transfer fees?