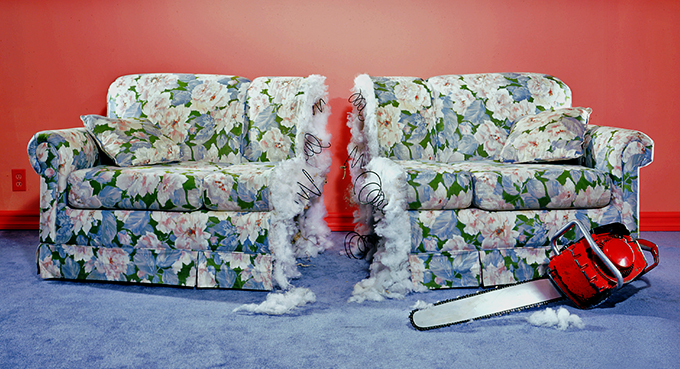 In it’s early days, silverbugs and bitcoiners were at odds! Precious metals buyers had deep suspicions about this “magic internet money”, but Bernank kept a close eye on it, knowing that technological progress could have deep implications for his money printing activities back in the day. Benny told me all about it when I became Chairman. Thanks, Ben! 😉

Since then, I’ve spent thousands on dinners where Krug was like, “it’s evil.”

For now, Bitcoin lives on. Not only that, but there is a very important date forthcoming: halving day 2016!

The first halving day took place in 2012. On November 28 of that year, the Bitcoin community took a collective deep breath and braced for what might happen upon halving. Some believed the price would rise, and others would believe the price might fall.

Next month, in July, the Bitcoin blockchain will halve again. The mining reward will be cut in half from 25 to 12.5. Many of the sentiments expressed in the Bitcoin Community are the same as prior to the Bitcoin halving 2012.

Join us as we look at 10 things which have happened since the Bitcoin halving in 2012:

On March 12, 2013, a bitcoin miner created a block considered invalid in the prior version of the Bitcoin client, 0.7. This event led to the discovery of a problem between 0.7 and 0.8. This created a so-called “fork” in the Bitcoin blockchain. The most recent version of the software accepted the invalid block, while those running the prior version rejected the block as invalid. Miners running 0.8 then began building on top of a different chain than those running 0.7.

The fork was resolved by those miners which adopted 0.8 to reverting back to 0.7. Bitcoin user funds were unaffected. Consensus was restored. The Bitcoin Community celebrated this as an example of the harmony present in online creation communities.

By November, customers were waiting weeks and months to receive funds. By February 2014, consumer complaints were adding up. One thread on Bitcoin Talk tallied thousands of comments by early 2014. The company cited in a February 2014 press release a problem in Bitcoin’s code: “A bug in the Bitcoin software makes it possible for someone to use the Bitcoin network to alter transaction details to make it seem like a sending of bitcoins to a bitcoin wallet did not occur when in fact it did occur.”

3. The Fall of the Silk Road

The Silk Road bust was one of the most dramatic chapters in the history of Bitcoin. Site administrator, Dread Pirate Roberts, who had granted interviews with Forbes, saw his luck turn when he was arrested in San Francisco public library in late 2013.

Authorities alleged that, from his San Francisco apartment, he ran the multi-hundred million dollar operation, which some have touted as the devil incarnate and others have celebrated.

After a speedy trial, Ulbricht was convicted for running the dark web empire, and later sentenced to life in prison.

He asked the judge for leniency, but she could not grant him such considering the brevity of his crimes, she said.

Less than one year after halving day 2012, the world’s first Bitcoin ATM appeared at Waves coffee shop in downtown Vancouver, Canada. Since that time, Bitcoin ATM’s have become a tool of the unbanked, and is one of the quickest growing industries in the space.

Where once single operators bought a single machine for a location, now big investors are getting into manage networks of “Bitcoin Transaction Machines,” as they’re sometimes called. There are now more than 600 Bitcoin ATM’s worldwide. Most of them are located in North America.

Throughout the course of 2013, the price of Bitcoin skyrocketed in the wake of the Bitcoin halving in late 2012. First, the price reached $250 in March. By December, it went to the moon – $1,300. Along the way, mainstream media attention flooded the space. Constantly on cable financial networks, Bitcoin was analyzed, critiqued, dismissed and celebrated. Investors everywhere by then knew about Bitcoin.
6. Dorian Nakamoto Doxxed

Nakamoto worked as a systems engineer on classified defense projects and computer engineer for technology and financial information services companies. Nakamoto is a libertarian, according to his daughter. Goodman claimed Nakamoto confirmed his identity as the Bitcoin founder, saying: “I am no longer involved in that and I cannot discuss it. It’s been turned over to other people. They are in charge of it now. I no longer have any connection.” Police evidently overheard this comment, as well.

BitPay paid ESPN, a subsidiary of Disney, to sponsor the St. Petersburg Bowl, dubbing the game the “Bitcoin Bowl.” Tampa Bay Business Journal estimated BitPay’s full contract with the network was for $1.5 million over three years.

The Bowl took place after the NCAA college football regular season. Teams are paired based on season performances. Then, 39 bowl games are held in lieu of a playoff format.

2015, the year of the blockchain, saw many of the world’s largest institutions join the space. Major financial institutions came together to explore blockchain technology in the form of the R3 project. IBM, furthermore, joined with the Linux Foundation to better serve its clients on Blockchain matters. Where in years prior Bitcoin had been at the center of the blockchain revolution, new Blockchain as a Service projects appeared last year – just in time for halving day 2016.

9. Bitcoin Appears in Features Films like Dope and Deadpool

In the film Dope, on which Pharrell served as an executive producer, Bitcoin was featured as a major plot point.  The film, which was released in 2015, centers around young high school boys who find themselves in a sticky situation. They had to move a type of ecstasy, and they chose to do so on the darkweb for bitcoins.

Further, in the most recent Marvel Comics film, Deadpool, a “We accept Bitcoin” poster can be seen in the bar where the main characters often find themselves. That film is known for making satire out of the new superhero movie franchises of the last decade or so.

Craig Edward Wright claimed to be Bitcoin creator Satoshi Nakamoto in a long drawn out process starting in late 2015. Once more headlines took the press by storm and Wright insisted he would soon unveil beyond a shadow of a doubt how he was Satoshi. Bitcoin experts expected him to use cryptography to do this.

After six painstaking months, he failed to do this, and the rumors went away as quickly as they came. Interestingly, Wright had convinced Gavin Andresen, one of the few bitcoiners to actually communicate with Satoshi Nakamoto and a longtime lead developer on the digital currency, that he was Bitcoin’s inventor. Andresen eventually rescinded his claim that Wright seemed to be Satoshi.

Want A Gold Standard? Then Maybe Donald Trump Is Your Candidate
Silver’s Going Crazy After Brexit, But Here’s Why The British Aren’t Buying